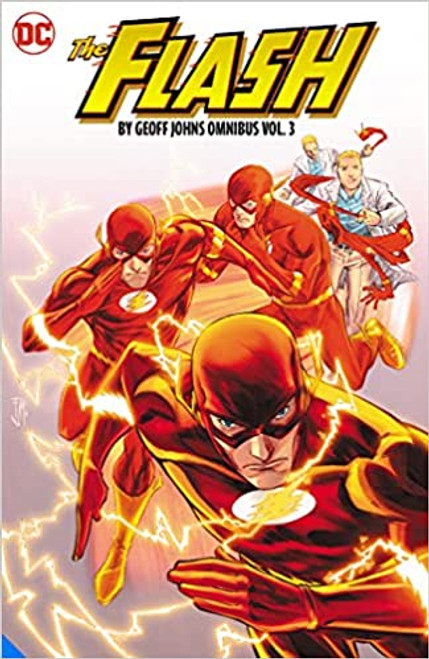 Geoff Johns and Ethan Van Sciver, the writer/artist team behind the blockbuster Green Lantern: Rebirth and The Sinestro Corps War, brought Barry Allen back after his death in Crisis On Infinite Earths in an explosive, jaw-dropping epic that reintroduces the modern age Flash. The Fastest Man came speeding back and his breakneck pace never slowed down with all-new unforgettable adventures.

This collection features the epics stories that followed his return that no fan of the Scarlet Speedster should miss out on reading including Flashpoint where Barry Allen wakes up to a world that is not his own. A place where his mother was never killed and the Flash never existed. The history of Barry s life is not as he remembers it, and the people he cares about most are now strangers, vanished, or worse. This altered universe is on the brink of a cataclysmic war. No human has ever wielded the Green Lantern s light, and no one has ever heard of Superman. Batman has as much blood on his hands as his enemies do, and America s last hope is Cyborg. Powerless and alone, Barry Allen desperately tries to hold on to his memories of the reality that once was. If there is any hope of setting things right, he must convince this world s strange, dangerous heroes to help him fix what was broken. Includes: Final Crisis: Rogue s Revenge #1-3; The Flash: Rebirth #1-6; Flash #1-12; Blackest Night: The Flash #1-3; The Flash: Rebirth #1; Blackest Night: Black Lantern Corps Vol. 2 #1; The Flash Secret Files and Origins 2010 #1; Flashpoint #1-5