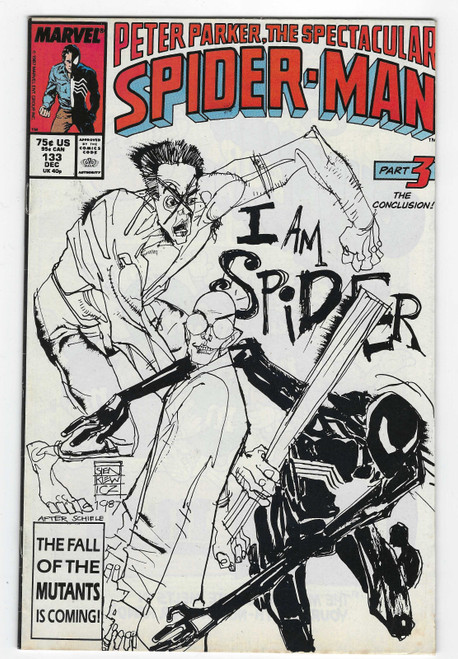 Imprisoned in the Mad Dog Ward, Peter Parker has been drugged into a stupor to the point where he barely think, let alone escape. Forced to participate in an arts and crafts exercise, Peter tries to tell the other patients that he is Spider-Man, but nobody can understand him. Shedding a tear in frustration, Peter remembers how he promised Tanya and Jacob Gibbs that he would help free their mother, Vicky, from the Mad Dog Ward after her husband had her committed. Thinking about his life outside the Mad Dog Ward, Peter laments how the drugs in his system have made him so helpless. That's when Peter is joined by the patient calling himself Captain Zero. Zero wants to know when they are going to revolt against their masters. Peter tells Zero that his idea was a mistake and someone might get hurt. That's when two of the nurses come in and tell Captain Zero that they have a special mission for him. The simple-minded Zero agrees to follow them.