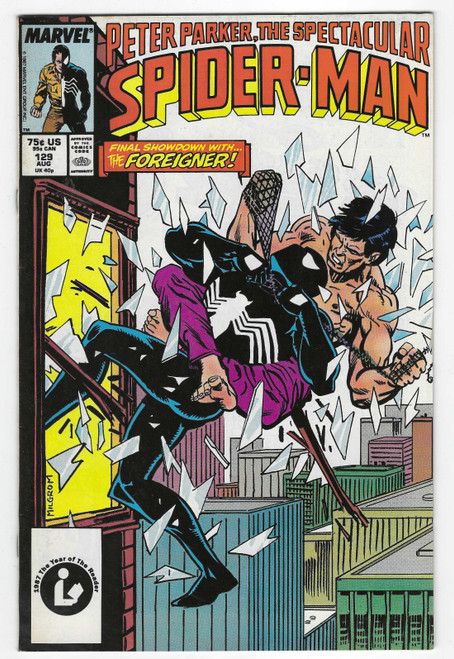 Returning home to his apartment, Peter Parker overhears the Black Cat on the phone plotting against him with the Foreigner. His anger growing, Peter thinks about his past relationship with the Black Cat, and the fact that she and the Foreigner have been playing him recently. Confronting her, the Black Cat fires what appears to be a bomb in his dark room. This allows the Black Cat to flee while Peter smothers what turns out to be a smoke bomb. However, before Peter can go after her, he hears his neighbors are still on the roof, preventing him to change into Spider-Man and chase after her. Heading out the front door, Peter runs into Flash Thompson. Flash had left the hospital to find Peter because he is worried about Betty Brant who has not been taking the death of her husband very well. Flash is still weak and collapses into Peter's arms. Unable to leave Flash behind, Peter wonders why these things always happen to him.