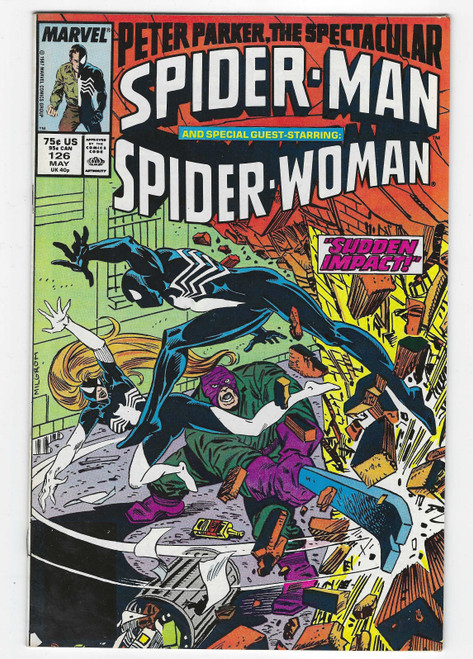 While trying to get photos of the new Spider-Woman, Spider-Man finds himself between the masked heroine and the Wrecker. Having just destroyed the disc that Spider-Woman was seeking to obtain, the Wrecker now vows to kill them both. The two arachnid heroes are on the defensive until Spider-Woman manages to grab the Wrecker's crowbar. However, when she tries to use it against him, she discovers that he cannot be harmed by its magic. Spider-Man swings in and rescues Spider-Woman before she can be harmed and they both flee. Spider-Man manages to tag the Wrecker with a spider-tracer on the way. They stop to rest at the New York City Transit Authority. Meanwhile, the Wrecker thinks about how his plan is falling apart. He recalls how he was given his powers from the Norn Queen years earlier. He thinks about how he was regularly defeated by Thor until he divided his powers up among the members of the Wrecking Crew. However, Thor recently stripped the rest of the Wrecking Crew of their power, transferring it all back to him.